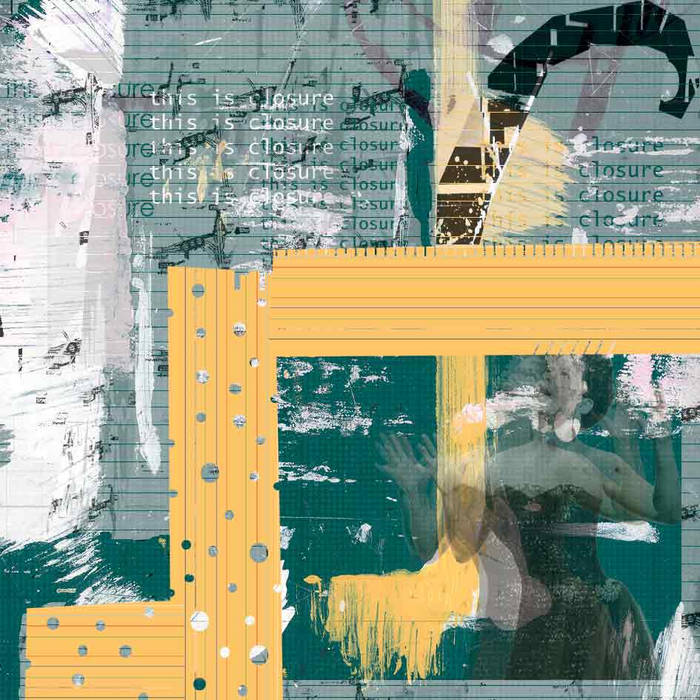 This is a FREE download, simply enter your email address to receive your link. Donations always welcome.

The origins of this disc go back to the resolution to start a record label, while traveling the States in 2005.

During my travels, I had come across the Louisville-based tape cassette label Slamdek. Their back catalogue consisted of rough and ready recordings, released regardless of audio quality or musical competency. It was very inspiring.

Many of the bands that had sprung up in response to the wtss music collective I had run in 2002 had since made recordings. Some of the musicians that had been part of that scene had gone on to form new projects, which also yielded studio efforts. It seemed like a good way to cap off the achievements of the wtss summer by releasing a compilation of these works from all the various artists. The concept of 'This Is Closure' was born, along with the record label that would issue the release - Ex Libris Records.

However, This Is Closure was quickly shelved in favour of concentrating on releases from bands that had managed to make full-length albums. My Attorney, TSUG and Nes Advantage had all planned on contributing to This Is Closure, but their prolific output demanded they channel their multiple studio efforts towards standalone albums. These records would feature as part of the Ex Libris catalogue.

Some years later, in reviewing the Ex Libris archives, I noticed that many of the roster's artists had studio recordings that - for one reason or another - had been left unreleased. There were songs that had featured briefly on Myspace profiles, or had been made available for digital download on websites that subsequently broke. There were remixes and extended cuts of songs that had only been shared amongst mutual friends as email attachments. The concept of This Is Closure was therefore resurrected to bring together these pieces that had yet to see the light of day.

What began as a pet project has in fact turned into something else again. The collection of music here spans nearly all of the Libris family, drawing upon material recorded throughout the label's history. It has become a label Best Of album, only it incorporates unheard material instead of things you might already own. Which seems very fitting for an institution that rarely did things in a conventional manner.

For a full resume of where the songs originated from, please consult the .pdf document that accompanies this free download.